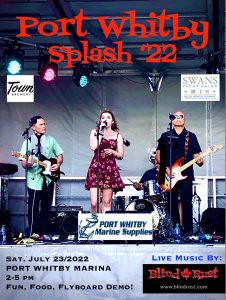 RELiON Battery, a global leader in lithium batteries, announced the launch of its InSight Series™ 12V Battery, offering boat and RV owners the ability to power more appliances for longer while off-the-grid. Designed specifically for RV and marine deep cycle applications, the InSight 12V enables users to disconnect further by powering electronics longer and connecting to shore power less often. At 120 amp-hours and capable of providing 160 amps continuous current, one battery can power multiple appliances in an RV or marine vessel at the same time.

“We are thrilled to release the third battery in our game changing InSight Series™ line of products,” said RELiON Chief Operating Officer, Eric Lindquist. “The development of the InSight Series 12V Battery fills a critical need in the marketplace and was inspired by our customers who seek the utmost reliability and performance when they are on the road or on the water. We believe we are setting a new standard for the industry by providing a higher peak discharge, which will play an integral part in the customer experience and the power capabilities consumers will begin to expect going forward.”

Competitive advantages of the InSight 12V Battery include:

RELiON released its groundbreaking InSight Series™ line in 2019 with the InSight 48V, the first scalable lithium drop-in replacement battery for use in golf cars, LSVs, PTVs and utility vehicles. The company’s InSight Series™ features all the benefits of lithium batteries, but designed with more intelligent features built in. From its superior battery design to its one-of-a-kind Battery Management System (BMS) and intuitive software, InSight Series™ batteries offer exclusive advantages not available in competitor products.

“The success of our InSight Series™ line has been phenomenal, and we are excited to fulfill our customers’ desire for new models in the lineup,” added Lindquist. “At RELiON we look at the challenges our customers face and truly listen to their feedback. This enables our team to stay at the forefront of what our customers need and provide an intuitive experience with lithium, so they can focus on the journey ahead.”

On March 10th, Rayglass announced the release of a custom Protector 410 Targa fitted with twin Mercury V12 Verados, the most powerful engines ever to be fitted on an RIB vessel. Each engine boasts a massive 7.6-litre displacement and 600HP giving the vessel a total of 1200HP.

To accommodate the size of the V12 Verado’s, the Protector 410 Targa transom was modified to ensure it was structurally strong to handle their weight and the massive torque that they produce. The result is one of the world’s most capable all-water vessels, combining the unmatched power of the Verado V12 engines with the Protector’s world leading capability, safety and handling.

These outboards also feature several innovations that improve ride quality, efficiency and performance of the vessel, or in the words of Mercury: “Reimagine the way that horsepower meets the water.”

• An industry-first two-speed transmission which provides fuel efficiency, huge low-end power and a smooth but responsive ride at high speeds

• Double contra-rotating props which ensure maximum grip in the water to deliver horsepower and acceleration efficiently.

• The world’s first gearcase that turns independently of the outboard engine to provide ultra-responsive hydro-electric handling.

Chris Drees, Mercury Marine president says this outboard will change the industry and deliver an experience unlike any other: “The V12 Verado outboard delivers boaters unrivalled freedom, luxury and power to pursue their passions on the water. This is a remarkable engine that will change the future of boating.”

Further forward in the vessel, Rayglass has added more custom additions. There’s a 2-3 pax undercover perch seat, which provides a comfortable ride in any weather, as well as new magnetic teak lids and a recessed barbeque.

The displays include a E700 Multi-Function display and a Smartshunt battery monitor. The E700 is one of lxnav’s most advanced displays, featuring engine monitoring, built-in WiFi, battery data and one-touch anchor alarm. This makes operating and monitoring your vessel as stress-free and easy as possible.

Rayglass CEO Dave Larsen is one of a handful of people who’s been behind the wheel of this new vessel. He says it’s unlike anything he’s ever experienced:

“We wanted to build a boat that could outperform everything on the water – this is the result. A combination of smart engine technology and the advanced hull gives the vessel incredibly responsive handling. Meanwhile the 1200HP of the twin engines means it has the acceleration and speed of a supercar on the water.”

As its first product designed to take full advantage of a zero-emissions drivetrain, Ingenity Electric has unveiled the 23E at the Miami International Boat Show.

Striking with style, the Ingenity 23E is an electric day-boat in a luxury category of its own. From subtle accents to bold lines, its modern classic design blends the contemporary and the timeless in perfect harmony. Its patent-pending modular “skateboard” design brings unprecedented flexibility for the development of future products.

The absence of above deck drive components at the transom opens the boat to new possibilities for doing what matters most…spending time with people we love. The three main seating areas on the Ingenity 23E create the ideal environment for up to eleven. The bow has an optimal “round-robin” arrangement, and the wind gate can be opened up for a clear passage from the sandbar to the stern. The midship hosts shaded relaxation while the stern cascades down into a natural invitation to the water.

The Ingenity 23E uses forward-facing sterndrive propulsion to optimize safety, performance, and low-speed maneuverability. The boat is designed for luxury, comfort, and stability and can cruise up to 14 hours at low speed with its 126 kWh range package. The 23E runs at a top speed of 30 mph.

Sean Marrero President of Ingenity stated, “I am incredibly proud of what our team has done with the 23E. At Ingenity, we enable our customers to do what they love in ways that better reflect their values. With the 23E, we can now take the knowledge we have about electric boating and apply it to the larger group of people who prefer being on the water instead of in the water.”

To learn more about the Ingenity 23E go to www.ingenityelectric.com.

Center consoles, pilothouse fishing boats and other vessels that have had to “make do” with uncomfortable porta-potties can now benefit from a top-quality, self-contained gravity toilet system from marine sanitation leader Dometic.

The innovative new Dometic Gravity Series Toilet eliminates the need for a holding tank, pumps and hoses, making installation simple and freeing up bilge space on a wide variety of boat sizes, types and styles.

Gravity Model 700 features a floor-to-seat height ideal for use in even the most space-restricted consoles and compartments. The Gravity Model 5000 provides a comfort experience near the upper end of the Americans with Disabilities Act (ADA) range for boaters who are taller, or just prefer a higher seat position. Model 700 offers a compact household sized seat, while Model 5000 offers an elongated seat mounted on an extra deep ceramic bowl for added comfort.

The system’s self-contained waste tank doubles as a toilet stand for comfort and ease of use. The 6.5-gallon tank is 260% larger than the typical portable toilet, ensuring plenty of capacity for all day use. Smooth surfaced, high-strength ABS tank construction allows for easy cleaning. Foot reliefs on the front corners improve footing when getting on or off the seat.

A steel flush lever with a sturdy plastic cover ensures a robust flush cycle every time, along with easy operation whether standing or sitting. The system’s dip tub and vent fittings can be rotated for easy connection with deck fitting and vent hoses. To ensure a pleasant boating experience for the entire family, all fittings are convenient, easy to access and fully sealed to prevent odors.

week, join the expansion of Le Boat’s ownership program into Canada as exciting additions to the opening of the 2022 boating season in Canada. The Boat Ownership Program enables committed cruisers to enjoy boating season in 9 different cruising regions in Canada and Europe, while creating substantial savings and makes owing a boat simple and worry free.

The Le Boat ownership program is similar to a ‘time-share’ or boat share programs and is suitable for travellers who enjoy boating more than once a year and is an affordable alternative. Le Boat covers all the cost of boat maintenance, dockage, off season storeage and provide ongoing maintenance and look after it like one of our own – at no extra cost to boat owners. Owners will enjoy 10 weeks of Cruising in both Canada & Europe each year and receive a return of six percent of the boat’s purchase value per month. Le Boat offers a guaranteed buy-back of 50 percent of the initial cost after a seven-year period, meaning that travellers know their exit value and options from the beginning.

Luxury house boating vacations have provided an alternative to road trips and summer cottaging that enables travellers to discover Ontario’s lakes and outdoors – including the Rideau Canal, a UNESCO World Heritage Site. No Boat license or previous boating experience requred. Le Boat teaches travellers everything they need to know captain their own boat. Boat rentals start at just $3016 for 7 nights onboard a Horizon 1 (sleeping up to 5 people)

Holidaymakers continue to be reassured by Le Boat’s Covid Safety Charter, which was implemented last year and applies to all its destinations at home and abroad. The extensive health and safety procedures ensure customers have a safe and worry-free experience. Holidaymakers are protected by the operator’s Go Boating with Confidence flexible booking policy, which allows customers to make one date change to their booking free of charge up to 14 days before their departure or get a full refund if they need to cancel their trip due to COVID-19.

For more information about the Le Boat visit our website at www.leboat.com/  or call 1-800-734-5491 and someone from our Le Boat Sales Team will be able to answer all of your questions.

Well to say that the several months have been challenging and different for the live events industry and for society as a whole would be an understatement.  We do hope you, your families & business are all doing ok as we start to come into better days ahead and closer to a more normalized way of life.

The Ontario government has lifted restrictions on capacity in time for our 2022 Boat Fishing & Outdoor Shows in Barrie, Hamilton & London to physically occur.  This news prompted our team to start work as fast as possible to re-start our regional events calendar.  However after speaking with our facilities, our suppliers and many of our exhibitors in the marine industry it was clear that the industry is dealing with too many facility re-opening obstacles and a major inventory supply chain challenge prohibiting us from producing an event experience up to Continuum standards in just 2 short months of planning.  An effort that normally takes 10-11 months of planning per event for us to put together.

We have decided to take a more calculated approach and properly plan our return in time for the 2023 show season.  This will hopefully allow our exhibitors, our dealers and the entire industry an opportunity to reset, re-stock inventory & prepare properly in a controlled manner so that we bring back these events bigger, stronger and better than ever to reflect their importance in the industry and in each community we serve

Bowmanville’s Rockin’ Rotary Ribs & Brews is gearing up for another unforgettable weekend!
JUNE 10TH, 11TH AND 12TH 2022 – Clarington Fields.
Bowmanville’s Rockin’ Rotary Ribs & Brews is back!
Known for bringing the best ribs, local food, craft beer, musical entertainment, family activities and fun festival atmosphere to Clarington, and a huge success with raising funds for our community, Ribs & Brews is the place to be in June.
This year’s event features shuttle services, much more parking and more space for all the food, drink, entertainment and family activities you enjoy every year at Ribs & Brews. You will love our new home.

Did you find what you needed?